About the Free Custom Hostname Extension for vRealize Automation

There are a few issues at play here, including:

Read the entire article written by Josh Andrews here on the SovLabs Blog.

My six-year-old asked me to tell him a bedtime story and it went something like this.

Four weeks after Tommy’s vRA deployment his company was using vRA to deploy 75% of their virtual deployments. Meanwhile after four weeks Jimmy is just getting started designing the first of many needed integrations.  Fast forward a year and Tommy’s organization is now deploying 100% of their workloads.  They have reduced management overhead by 45%, and are able to deploy new server requests in under an hour.

A year later Jimmy’s company is still working out bugs with their custom code.  Their administrative overhead is up 55% and it still takes over two-weeks for new server requests to be fulfilled.  Jimmy is working 80+ hours a week and perpetually stressed.  Tommy on the other hand is working 30 hours a week, but don’t tell his boss.  He is enjoying his job and has next to no stress.

If you were at VMworld and caught the Day 1 General Session you may have heard Pat Gelsinger say “The rule of the cloud – Ruthlessly Automate Everything”.  This should be a wakeup call for anyone who has not begun or has done very little with automation.

END_OF_DOCUMENT_TOKEN_TO_BE_REPLACED

If your attending VMworld 2018 your most likely either already in Vegas or on your way. As I write this I’m the latter of the two waiting to hear the boarding announcement for my flight.

I thought I would take a few minutes and invite you all to stop by the SovLabs booth 2819 and say hello as you crawl your way through the solutions exchange.

Also feel free to check out the below sessions;

Hope to see you out there.

GSS has decided on a number of design considerations for their vRA implementation.  GSS is currently using a consumption based model for their resource allocation.  They don’t pre-reserve any amount of resources for specific groups within the organization.  GSS feels their current consumption model allows them to more efficiently manage their resources.  It also prevents them from having pockets of idol resources that may never get used.  Based on this utilization model GSS will be implementing the following elements within vRA.

GSS  considered having a business group for each environment (Dev, Test, Stage, and Production).  To evaluate how they would like to proceed they asked to have 5 initial tenants created.  One for each of their environments and one to evaluate a collapsed model of all environments in one group.

END_OF_DOCUMENT_TOKEN_TO_BE_REPLACED

In my previous article The Road to automation with VMware vRA I discussed I would be published a company profile for my fictitious company GSS.  In this article we will be digging into GSS to take a look at where it is today, its challenges, processes, systems, and automation use cases.

END_OF_DOCUMENT_TOKEN_TO_BE_REPLACED

I think we need to take a few steps back and focus on vRA architecture and design.  I’ve had many questions, requests, and discussions with some of my readers on this topic.  Implementing vRA can lead to many rewarding outcomes, but as some have discovered it can also lead to aggravating outcomes if not designed properly upfront.

At first it can seem very straight forward. Create some endpoints, groups, reservations, and blueprints.  Sprinkle in some integrations for custom hostname, IPAM, DNS and AD and you are on your way to fully automating your workload deployments, right?  Not exactly.  You can certainly do this and at first it will seem amazing, but as you mature and start to scale out your new catalog of services the lack of up front design and planning will quickly start to reveal itself.

END_OF_DOCUMENT_TOKEN_TO_BE_REPLACED

Many of you may have heard about Amazon’s latest product named Lightsail.  This service is designed to competed with shared hosting providers.  A few years back I moved my websites from shared hosting, to self hosing, and ultimately to a dedicated server with 1&1 hostsing.  For $85 a month it wasn’t a bad deal.  Although the server seemed very sluggish at times and the network wasn’t very fast it was still better than shared hosting.

Over the course of the last two weeks I moved all my web assets to Amazon Lightsail and I couldn’t be happier.  The Amazon network is lightening fast and the $5 per month instance is out performing the dedicated server I had from 1&1 hosting.  Lightsail offers many plans starting at $5 a month all the way to $80 a month.

END_OF_DOCUMENT_TOKEN_TO_BE_REPLACED 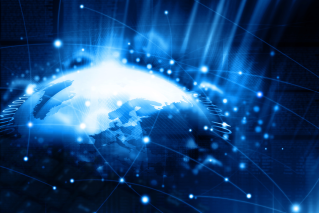 VMware’s signing of a definitive agreement to acquire VeloCloud signals a strong commitment to build deeper partnerships with communication service providers (CSPs) by providing solutions that align with their business objectives. These CSP priorities include offering of new services, delivering a superior quality of experience, improving agility and lowering costs.

My other more interesting blog